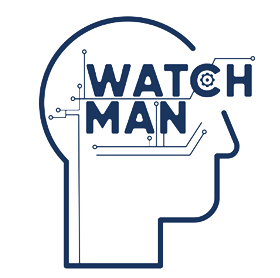 The WATCHMAN project aims to create, within the Lombardy Region, a verticalized technological hub with the application of new generation Artificial Vision systems in manufactoring, that exploit the most modern Artificial Intelligence algorithms for the extraction of high-level information from images.

The project’s objective is the development of a system for the analysis of products during targeted/strategic phases of the manufacturing process with the main, but not the only, target of automatically recognizing possible non-conformities, defects. Sorint.TEK is the leader of WP3 – Intelligence, in collaboration with UNIBG, with the aim of performing research activities in the field of Artificial Intelligence, specifically, in the identification and application of algorithms and technological solutions for the identification of defects. The final objective is the creation of the WP, the creation of a prototype of a defect recognition system that can be applied in cases of project use and can be scalable to other industrial applications. More info: www.watchman-hub.it

The SNIPE project aims to demonstrate the effectiveness of the technological solutions proposed for the reduction of downtime on the melting process, belt conveying and transfer and green sand production. These are recognised as the most critical scenarios in terms of energy and economic impact for the foundry industry, as they have direct implications on other production processes in the case of downtime.

The SNIPE project is based on state-of-the-art sensor technologies connected through an already developed IoT Gateway, built with FAE technology, equipped with an integrated cybersecurity element, Edge Computing capabilities, connection to the existing PLC and a cloud-based infrastructure to support maintenance and operations management activities.

The wearable Smart Device powered by low energy BLE connectivity will be an add-on to the SNIPE project to provide time based basic information to workers or operators in the event of machine failure or process problems.

Sorint.TEK is one of Intellimech’s partners, a private consortium of large, medium and small companies aimed at interdisciplinary research in mechatronics.

SORINT.tek, Valtellina S.p.A., FAE Technology, Phoenix, members of the Intellimech Consortium, have provided the technologies and know-how to develop an IoT (Internet of Things) system, in collaboration with the researchers of the consortium itself. A system designed to monitor and measure in real time the entry and transit flows of people in the common areas of the Intellimech campus, and to avoid overcrowding.

The project, born during the months before the #covid19 pandemic, proved to be very useful in the following period and in the future it is proving to be a starting point for the construction of new services for the consortium’s companies.

One of the projects aims to develop an artificial intelligence system applied to the analysis of thorax CT scans to accelerate the quantitative assessment of the extent of lung lesions including those caused by COVID-19. Another project has developed an innovative system of analysis of global body bone scans for an extended use of the BSI index, aimed at improving diagnosis and treatment of prostate cancer in advanced stages. The system allows an experienced radiologist to obtain an accurate BSI value with timescales that are at least one order of magnitude less than a purely manual estimate of the same. Sorint.tek has an ongoing research and development agreement with the University of Pavia for the application and development of machine vision knowledge in the field of biomedical imaging, in particular sentinel lymph node digital slides.

As part of a PhD funded by Sorint.tek, research is currently in collaboration with the Department of Molecular Medicine of San Matteo di Pavia and the University of Pavia. The research is aimed at applying the latest vision and artificial intelligence techniques for the screening of sentinel lymph node digital slides.

Techniques of image segmentation through convolutive neuronal networks are applied to digital images in order to obtain an automatic identification of the areas that will then be examed by histopathologists.

Traditionally, these systems require a large number of examples already analysed and examed in order to function correctly, limiting the possibility of use within a clinical setting. The system that Sorint.tek, in collaboration with the Artificial Vision Laboratory of the Department of Industrial Engineering and Information of the University of Pavia, is developing is aimed at enabling pathologists to adapt the system to the protocols and instrumentation used, providing a very limited sample of examples of diagnoses made by the pathologist himself or his team of collaborators.

Sorint.Tek is an ordinary member of AFIL, the Lombardy Technology Cluster for Advanced Manufacturing fostering research and innovation in the advanced manufacturing sector, promoting best practices and enabling technologies, in order to support and develop the leadership and competitiveness of the Lombardy production system within the priority areas identified in the regional Smart Specialisation Strategy (S3).